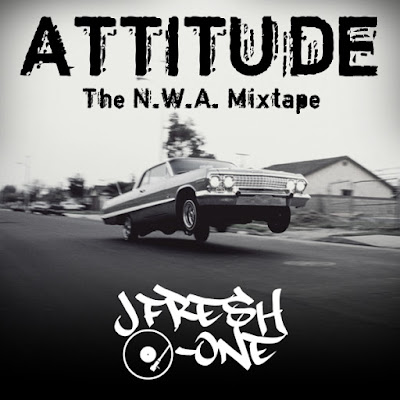 The new film Straight Outta Compton has been officially released and it got the world back into the Old School Rap Scene. More specifically at the West Coast's classic sound of the hardcore Hip-Hop group known as N.W.A. Of course, we know it's N***as With Attitude. NWA came in the music scene in the late 80s & early 90s with the some of their well known members: Dr. Dre, Ice Cube, Eazy-E, MC Ren, and D.O.C.
The group made classic records and then lead to multiple legendary careers. From the gritty streets of Compton to the big screen, we have a group that made history.
Since a lotta deejays are going into a frenzy of mixes, I decided to wake up this morning and record a quick tribute of my own...RAW and live!